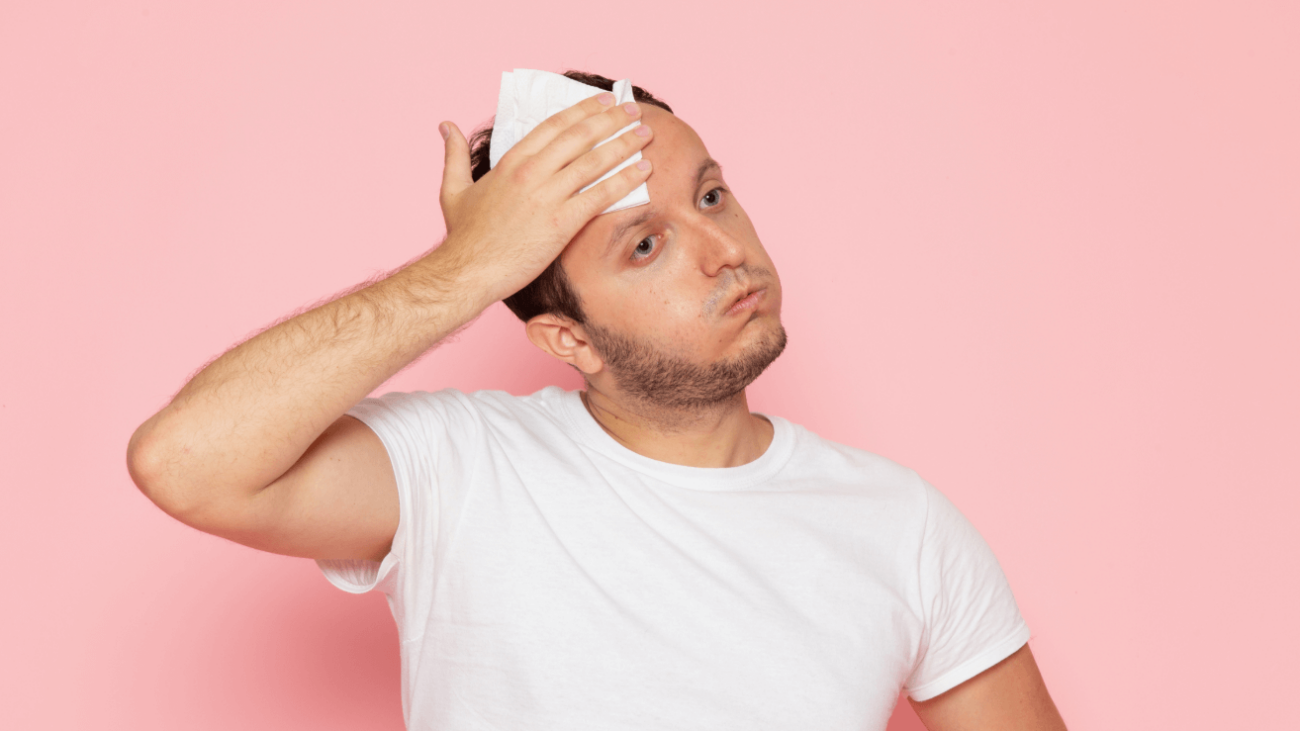 Axillary Sweating:
A physiological mechanism which secretes sweat under normal conditions. Hot weather and anxiety conditions might increase the amount of sweating. Physical activity is known to increase armpit sweating. A small percentage of the population is affected by severe armpit sweating that can cause discomfort as well as embarrassment. This can be treated by extra strong antiperspirants or surgery.

Botox:
Botox is the commercial name given to a toxin which is produced from botulism toxin. See our botox page

Bromhidrosis:
This is another medical term used to describe excessive axillary sweating which is dark in color as producing odor.

Clipping:
Clipping or clamping is the medical term used to describe one of the methods of doing sympahtectomy. Here titanium clips are applied on the nerve to block the transmission of nerve impulses. Unlike the cutting method in which the sympathetic chain is destroyed with electrocautery or with the harmonic scalpal the clamping/clipping method gives a possibility of reversal by removing those clips.

Compensatory Sweating (CS):
A medical term used to describe sweating on parts of the body that otherwise would not sweat so much. Compensatory sweating is one of the side affects of sympathectomy and affects most or all patients. Most of the patients will describe it as mild to moderate and in about 5% it will be described as severe.

Cutting:
A term used in sympathectomy surgery where the nerve is destroyed by electrocautery, harmonic scalpal, or excising a segment of the nerve.

Drionic:
A commercial name given to an iontophoresis machine in which low voltage electric currents are running through the skin. This process is said to disrupt the function of the sweat glands. The machine has to be used on a regular basis and some patients report success. There are special drionic machines for the palms, armpits, and feet. See drionic our page

Drysol:
A commercial preparation made of aluminum chloride in alcohol that is used for the treatement of moderate to severe armpit sweating. This can be obtained in the pharmacy and should be applied to affected skin site when dry usually at night. The alluminum component acts by plugging the sweat pores. Side affects are rashes or a possible burning sensation of the skin. Drysol can be found at your local pharmacy or at Drugstore.com

Eccrine Gland:
Eccrine is a type of sweat gland that produces watery sweat. Usually this type of sweat has no smell to it. It is affected by sympathectomy. Our bodies have millions of these glands which are concentrated in the palms of the hands as well as the plantar surfaces.

Electrocautery:
A term used by surgeons to describe a way to destroy or coagulate blood vessels or tissue. There is monopolar and bipolar instruments and in essense they are producing the same effect.

Endoscopic:
A medical term used to describe a surgical procedure done with the help of optical instruments. Endoscopy means to look inside and endoscopic surgery relates to surgical procedures done through small cuts avoiding tissue damage and enable quick recovery.

Erythrophobia:
Also known as social phobia. In these cases the person reacts with severe facial blushing (redness) to an otherwise harmless social interaction. Patients complain that a mild social situation can cause their face to become red and in return it affects social performance. Patients complain also that this reaction prevents them from being engaged in normal social activity and it also impeeds their progress at the work environment.

ETS – Endoscopic Thoracic Sympathectomy:
A medical term used to describe a surgical procedure in which the sympathetic chain is being destroyed, cut or clamped. In the past sympathectomy used to be done through different open methods which were associated with a long term morbitity (pain, discomfort, scar, loss of time from work)

Flushing:
This is a subjective feeling that some patients describe when they talk about heat sensation in their head area. Many times this is being confused with blushing which is redness of the face. Flushing is not an indication for sympathectomy since its a mere subjective feeling without any physical manifestation.

Ganglia:
A mass of nerve tissue or a group of nerve cell bodies. In sympathectomy terms it relates to the place over the ribs where connections from one sympathetic cell to another are being made.

Gustatory Sweating:
One of the side affects that patients can develop after sympathectomy. Here there will be appearance of facial sweating after eating sour or spicy foods. This affects about 15% of the patients who have had the ETS procedure. The majority of those are on a mild to moderate level.

Hemothorax: A medical term used to describe a situation where there is free blood within the chest cavity. This can happen either in trauma or during an operation. Usually the insertion of a chest tube takes care of this problem. In massive cases of bleeding opening of the chest cavity is needed.

The horner’s syndrome is characterized by mild drooping of the upper eye lid (ptosis), narrowing of the pupil (myosis), and mild dryness of the eyeball. Again this is a very rare possibility to have happen.

Why it happens:
If the sympathectomy is carried out to a higher level (T1) then the stellate ganglion can be damaged resulting in horner’s syndrome.

Hyperhidrosis
Excessive perspiration in the face, hands, and feet defined as sweat that exceeds what is necessary to regulate the bodies temperature.

Hyperhidrosis Surgery
Hyperhidrosis Doctor Rafael Reisfeld provides a detailed site relating to the ETS surgery with the only full explanation of the surgery we have seen.

Kuntz Nerve:
In the twenties sympathectomies were done for vascular problems of the hands. In those instances there was a high failure rate. Doctor A Kuntz tried to find the reason for this high failure rate. He found a nerve which was going within the spinal canal and he blamed that nerve for the failure. This nerve was only found in cats. Somehow this name found its way to the sympathectomy literature and is blamed for failures or recurances in cases when sympathectomy is done for hyperhidrosis.

Lumbar Sympathectomy
Lumbar Sympathectomy can be done now for patients who suffer from severe plantar hyperhidrosis (Excessive Foot Sweating). This can present either as a primary problem or in those patients where the thoracic sympathectomy did not help for the feet problem. The operation can be performed endoscopically or with the open method which basically give the same results, very short hospital stay (1 day) and good cosmetic results. The fear from retrograde ejaculation in the male population was shown to be not of a major concern as long as the sympathectomy is performed below level L2.

Neurotransmitters:
A chemical structure within the body that is secreted upon certain nerve stimuli and acts as a catalyst to the next step in any biochemical or nerve action.

Nerve Graft:
A medical term used in cases where nerves are severed accidentally or cut intentionally and then a nerve graft is applied between the missing segment. In the sympathectomy literature this term is used to describe a procedure where a nerve graft is taken from the ankle region to replace the missing sympathetic trunk in those cases where the sympathetic trunk was cut or destroyed. This is relatively a new procedure and final data are still yet to come.

Palmar Hyperhidrosis:
Also known as excessive sweating of the hands. The pathology here lies with an overactive sympathetic segment located in the upper chest cavity. The term of hypersympathetic activity can also be applied because in many occations it is associated also with rapid heart rate, anxiety etc. For treatments available click here.

Perspiration:
A physiological mechanism in which the body regulates heat exchange. Here sweat is produced and by evaportation there is loss of heat causing cooling of the body surfaces.

Plantar Sweating:
The same process as in palmar sweating but here there is excessive sweating in the feet. Usually it comes together with palmar hyperhidrosis in about 85% of the cases. Many cases treated by sympathectomy will also report reduction of plantar sweating. Now lumbar sympathectomy is offered as a surgical solution for those cases with severe plantar hyperhidrosis or plantar foot sweating. Recent evidence from different centers in the world showed that this operation is very effective to treat excessive foot sweating. This operation can be done separately from the Thoracic Sympathectomy but necesitates somewhat longer hospitalization, possibly 1 to 2 days.

Pneumothorax:
A medical term used to denote the presense of air within the chest cavity, in between the lung and the chest wall. Can happen in traumatic cases (knives bullets or broken ribs) or can happen during an operation when the lung is injured. Most of the time it can be treated with a chest tube.

Robinul
A medication which has an anticholinergic action. Acetylcholine is a neurotransmiter that stimulates the sweat glands. Robinol can help in mild cases of palmar hyperhidrosis.

Rosacea:
A pathological skin condition in which the texture and the quality of the facial skin is damaged due to problems with broken blood vessels in the facial area. Can range from mild to severe. For more information see Dr. Nase’s website.

Sympathetic:
A part of the autonomous nervous system. This is made of sympathetic cells originating in the spinal cord and forming a chain ganglia connected to eachother and runs within the chest cavity on top of the ribs. To learn more about Endoscopic Thoracic Sympathectomy click here.

T2 T3 T4 levels:
Used by ETS surgeons to denote the level of the sympathetic chain that is being cut, coagulated, or clipped. T2 stands for second rib level, T3 for third rib level etc.

Titanium Clips:
Small titanium clips or clamps applied on blood vessels or nerves in order to stop bleeding or cease nerve stimuli. Titanium clips are made of a inert material that does not cause infection or alergic reaction. Also the small size prevents interference in certain x-ray examination. 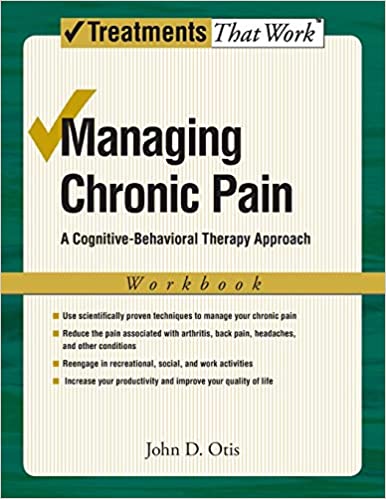